Posted by Charlie Griffin on 11/30/2020
Share |
JOBMAN Workwear is becoming "part of the team" on future episodes of Heavy Rescue: 401 on the Discovery Network.  This exciting series is set in the Toronto area in Canada, on one of the busiest highways in the world, and follows tow operators as they respond to traffic situations in inclement weather.  They get into some pretty complicated situations at very low temperatures, making working conditions for the drivers and responders challenging.
One of the companies that is involved in filming the series, is Preferred Towing of Sarnia, ON 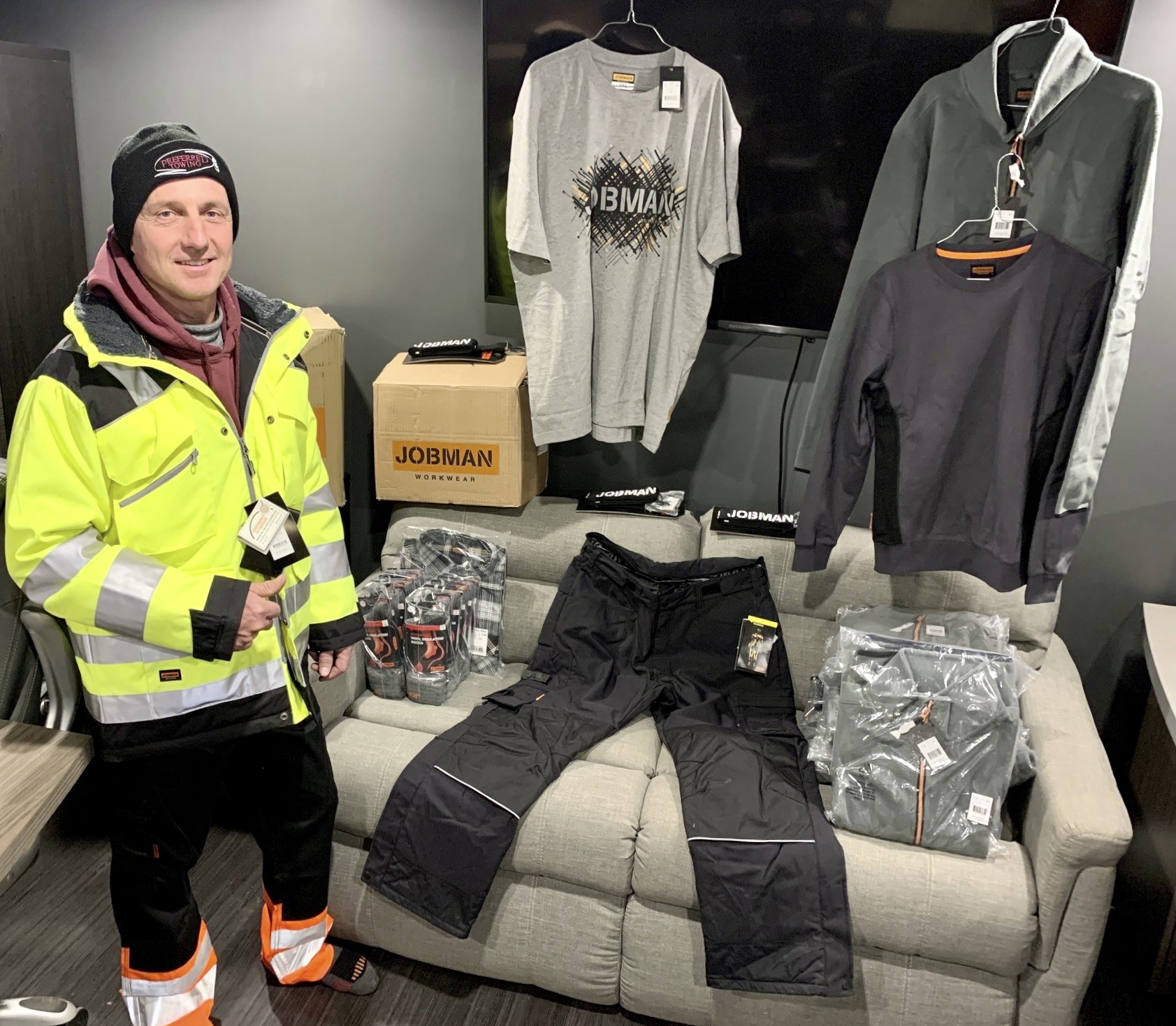 .  JOBMAN Workwear is joining the "team" of Preferred Towing for this upcoming season of Heavy Rescue: 401.  They have just received their  JOBMAN extreme weather gear and are excited to have it helping protect them as they begin to work through this new filming season.  "We are really excited to get this new gear," Gary Vandenheuvel said recently after they received the first shipment of JOBMAN Workwear in their office in Sarnia, ON.  "The guys are very excited about the Hi-Vis Jackets," he said.  "They also really like the cargo pockets on the trousers, and especially the Hi-Vis on the bottom of the pants."
Gary explained that the film crew had just made it to the Toronto area and would be filming responders from now until April.  They then spend the rest of the year working up the next year's episodes of Heavy Rescue: 401, and the new episodes will air next January.  So, no episodes including JOBMAN will be available until January, 2022.  But, Gary is going to send us pictures of his crew in JOBMAN Workwear, so we will post those here.
The gear that Preferred Towing will be wearing as they respond include the 1236 JOBMAN Hi-Vis Winter Parka, one of our warmest items.  This parka can keep you warm in conditions down to -40 and also keep you visible as you work in high traffic areas.   They may also be wearing the 2936 STAR Winter Pants.  These pants are also designed for extreme conditions.  Most likely they will only wear these on those coldest days, as these will get real warm on milder days.  For those days, the crew may wear the 2314 Service Work Pants with Hi-Vis.  These pants have Hi-Vis on the bottoms of the legs that will keep them visible when out of their trucks working up the site.
Here is more information about Heavy Rescue: 401 from their website:

Heavy Rescue: 401 (produced by Great Pacific Media) focuses on a group of heavy recovery drivers working to keep traffic rolling on some of the busiest and most unforgiving roads on the planet. Up to 400,000 vehicles travel Ontario’s 400-series highways every day. The section of the 401 through Toronto is the busiest stretch of highway in the world. Highway 402 near Sarnia is an important link to the US Midwest, plagued by blinding lake effect snow squalls. These routes are lifelines for the nation’s industrial heartland and for thousands upon thousands of commuters. When disaster strikes on these roads, the pressure is on to get them cleared and reopened. Police and the Ministry of Transport depend on Southern Ontario’s heavy recovery operators. To keep closures to a minimum, crews often work just inches from open lanes and speeding traffic.
Heavy Rescue 401 airs on the Discovery Channel in Canada, on Netflix across 170 countries and on other channels such as the Weather Channel in parts of the United States.
Preferred Towing has been involved in the Heavy Rescue 401 series since its inception.

Gary said he is looking forward to this year's filming season, especially with JOBMAN Workwear on board.  "You guys are now part of our team with this good equipment to keep us safe," he told me this morning.  We are excited to be a part and look forward to seeing JOBMAN Workwear in action on Heavy Rescue: 401!